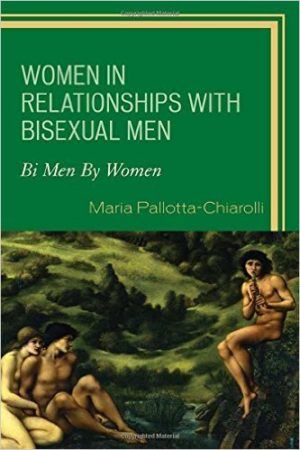 9/16/16 Dr. Maria Pallotta-Chiarolli, of Deakin University, recently published a book titled, Women in Relationships with Bisexual Men: Bi Men by Women. In it, she discusses the results of her interviews with 78 women, all of whom were either dating, married, or previously dated bisexual men. In the book she delves into the additional challenges, but also the benefits women receive from dating bisexual men. In doing so, she dispels vicious stereotypes about bisexual men, presenting a more realistic and nuanced depiction of bisexual men and straight women in mixed-orientation relationships (MOREs.) She also discusses the need for additional resources for bisexual men and women dating bi men. I had the pleasure to speak to Maria to get a better sense of the results from her study, and to find out what the far-reaching implications of her research are on bisexual men and the women who date them.  Zachary Zane: Tell us a little bit about what your research questions were, and what it was you wanted to explore in your research? Maria Pallotta-Chiarolli: Absolutely. I had a co-researcher, Sara Lubowitz, who was running the Women of Bisexual Partners Network for the AIDS Council in New South Wales. She realized there was a need for women to come together to talk about the positive, problematic, and all sorts of experiences they have with their male bisexual partners. Sara and I decided to team up, and started to ask questions. We wanted to look at various stereotypes: that all bisexual men have HIV, they're all sleeping around, [and] they're actually really gay. All of those types of things. We ended up interviewing 78 women. Most identified as heterosexual, though some identified as bisexual and lesbian. The women were culturally diverse, coming from different parts of Australia. The ages ranged from 19-65. One thing we wanted to do was differentiate between women who had been in a relationship with a gay identifying man, which there has been a lot of research on, and a bisexual identifying man. Admittedly, some of the partners of the women identified as gay, but happened to fall in love with this one particular woman, and wanted to share his life with that one woman. ZZ: Could you go more into depth about your interviewing methods?

The Unicorn Scale: The Umbrella Academy

Science is on Our Side

Candace Cane: “I Have A Leg Up In My Field Because of My Sexuality.”