After three incredible dates with a straight-identified woman, she ghosted me. I felt blindsided. Everything had been going well… or so I thought. She seemed genuinely interested in me and our last date ended with an hour-long make-out session!

When I asked our mutual friend, who introduced us, what happened, she told me bluntly, “Yeah, she was freaked out by the fact that you were bi.” Apparently, she was also too cowardly to tell me herself (or to at least make up a reason why she didn’t want to speak to me again).

I was shocked. On our multiple dates, she didn’t seem uncomfortable when I openly discussed my bisexuality. She even spoke about her time sexually exploring at Wellesley College, when she hooked up with other women.

In the weeks following the date, I thought to myself: if a woman who studied queer theory at one of the most progressive colleges in the United States couldn’t date me because of my bisexuality, then who the hell would ever date me?

It seems that many women, even while acknowledging their own sexual fluidity, don’t want to date men who are sexually fluid.

In January of 2019, a new study, published in the Journal of Bisexuality, examined how bi individuals are perceived, both romantically and sexually, by straight women, straight men, and gay men. The study also explored if bi folks are perceived as being more masculine or more feminine than their straight counterparts.

The researchers recruited 224 heterosexual women, 120 heterosexual men, and 96 gay men to participate in the study. The participants were then asked to review fake Tinder-like profiles of men and women, where nothing would change besides the profile’s sexual orientation. (More specifically, profiles would have the same picture, bio, age, etc., only the person in the profile openly identified as either bisexual, heterosexual, or gay at random.)

Participants then received five statements and were asked to rate them on a 7-point scale from strongly disagree to strongly agree: “I find this person sexually attractive;” “I would like to go on a date with this person;” “I could find this person romantically attractive;” “I would like to have sex with this person;” and finally, participants were asked to rate how masculine/feminine they found the profile ranging from very masculine to very feminine.

While the researchers expected straight women to rate bi men as less romantically attractive, which has been supported by past research, lead author Neil Gleason, MA, found it surprising that the women surveyed rated bi men to be less sexually attractive.

“I'm not sure if this is tapping into stereotypes not addressed by previous research or if it is due to the tendencies of women's sexuality,” Gleason tells bi.org. “More specifically, that women tend to place greater emphasis on social and personal characteristics compared to men, when assessing sexual partners.”

A plethora of research has indicated that straight women prefer men with “traditional masculine qualities.” Thus, sexual attractiveness could also be influenced by the fact that these women rated bi men as being significantly more feminine appearing than straight men.

Gay men, on the other hand, didn’t hold any attraction prejudices against bi men. There were no significant differences in gay men’s rating of attractiveness and masculinity/femininity between gay, straight, and bi men. While this may indicate progress within the gay community, implying that gay men are beginning to believe less negative stereotypes about bi guys, the researchers were cautious with that interpretation of the results.

The gay men in the study were recruited from Facebook interest groups, such as groups for gay men in a certain city, or for gay men with particular sexual or extracurricular interests.

“Therefore, the group isn't necessarily representative of the wider community of gay men, so it's unwise to apply these results to the general population of gay men,” Gleason said.

Further research would have to look at how gay men respond to questions about bi men with a more diverse and representative sample of gay men.

Still, personally, I know that I fair much better dating gay men than I do straight women. In fact, the woman I went on three dates with was the last straight person I dated, and that was over three years ago.

This all begs the question, how can we, as bi men, find someone who wants to date us? The answer, I’ve found, is dating other bi people and/or gender non-conforming folks. With apps, it’s so much easier to date other bi/GNC folks now. In fact, on most apps, you can even filter by bi people.

Gleason summed it all up when he explained:

This and other studies suggest that there are still prevalent negative attitudes and stereotypes toward dating bisexual individuals, which unfortunately might mean more left-swiping or inconsiderate messages when you use these dating applications, especially for bi men. Our study didn't include bi-identified individuals, but other research has suggested that bi folks may have more ‘luck’ dating one another, likely due to shared experiences of stigma and misunderstanding, and less of a need to explain one's sexuality.

So, if you find yourself continuously struggling while dating straight and gay folks, the answer is get out there and find yourself another bi person! 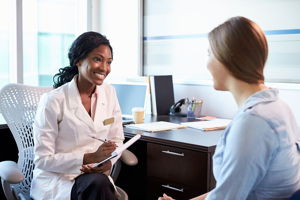 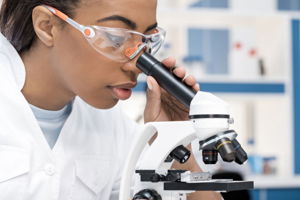 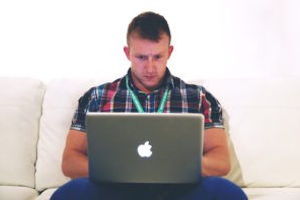