Greetings, bi-bliophiles! Once again, spring has sprung, and a young man’s fancy turns to romance. With vampires and dragons, and were-skunks, sure, but romance nonetheless. Would you expect anything else from something that’s meant to be a corrective/homage to Harry Potter specifically, and slash/fanfic in general? Of course not!

I’m referring, of course, to Rainbow Rowell’s The Rise and Fall of Simon Snow, which is comprised of three books (in order, Carry on, Wayward Son, and Anyway the Wind Blows), which answers the eternal question, What if Harry Potter told Ginny and Hermione and Cho Chang to sod off, and got together with Draco Malfoy? We’ve all thought it, and Rowell gives it to us, with many grisly, makeout-y details, complete with angst, trips abroad, walks in the woods, and merwolves. No slow dances to Nick Cave, though.

Simon Snow is many things. An orphan, a troublemaker, and, of course, The Greatest Mage, whose coming was foretold in an ancient prophecy, and who’s supposed to save the World of Mages (ie Great Britain) from its greatest threat. He’s been doing it for years, but now something seems... off. His roommate/nemesis, noted rich kid/vampire Basilton “Baz” Pitch has gone missing and thrown a monkey wrench into their last year at Watford Magickal Academy. He eventually returns from being captured by evil monsters, just in time for Simon to profess his love for him and spurn his beloved Agatha. This is... an unforeseen development. But Baz is pretty stoked, as it turns out he’s had a thing for Simon for years and was using the old “beat them up and tell them they’re awful until they fall in love with you” strategy.

The first book is pretty standard fanfic — Big Bads are fought, feelings are felt. Makeouts are made... out. There are, however, consequences. Magic in Great Britain is pretty much destroyed, for lots and lots of people. The second book takes place about six months later and brings our intrepid team of magick users, and their buddy Simon, to America. They rescue Agatha, who has done what we all do when our boyfriend dumps us for his sexy vampire roommate and destroyed magic, moved to LA and joined a cult. Penny, the Hermione/Ron combo character, meets a boy and brings him back to England for the third and final installment, where false prophets are unmasked, parentage is revealed, and Simon and Baz finally “SPOILERS AGAIN” have actual, real sex. And everybody lives. Not necessarily happily ever after, but close enough. And Agatha falls in love with Niamh, a female veterinarian who used to play on the school lacrosse team.

The things that worked about this series worked really well. The characters were interesting, diverse, and not just plot engines, most of the time. The story moved pretty quickly (except for the middle book, which dawdled, despite being the shortest of the three) and the different viewpoints for each chapter had a good ratio of different voices/cliffhanger endings to keep you reading. The actual bi elements of the story could’ve been handled a little better, but I think Rowell does a decent job of capturing the uncertainty of figuring out who you are, where you fit, and why you feel how you do about who you do. I was more than a little disappointed that in the one exchange where Simon and Baz explicitly talk about bisexuality, Simon denies being bi. Demisexuality is totally cool, it was just annoying it took so long to figure it out/The Agatha/Niamh romance is actually handled a little more cut-and-dried-ly, which is a compliment, believe it or not. After two-and-a-half books of frustrating emotional seesawing with very little payoff, it was nice to have someone go on the journey from “She’s annoying” to “She’s hot” to “I love my sexy-as-fuck goatherd girlfriend” in about 75 pages. That said, the shifting viewpoints make the chapters where Simon and Baz make out and eventually have sex, pretty scorching to read.

Overall, the book is also a pretty good corrective to the views held by the creator of the material it’s clearly paying homage to. Inclusivity is the watchword here, with Baz being scared to come out as gay AND a vampire to his family (the second one is slightly more of a problem since vampires killed his mom), but when he does, it’s treated in more of a “finally!” sense than as the disaster he expects. Some people always know, even if it’s your obnoxious aunt you have to keep bailing out of prison.

All in all, it was a fun, quick-paced series that effectively turned one of fandom’s more interestingly problematic corners on its head. And it was nice to see some male bi representation in YA fiction since we could use more of that generally speaking. It wasn’t necessarily the pop-cultural earthquake I had been led to expect, but it was pretty decent, nonetheless. I recommend it to anyone who has had what they thought their life would be flame out around them or has grown a tail because of a boy.

Bi Book Club: She Will Rise 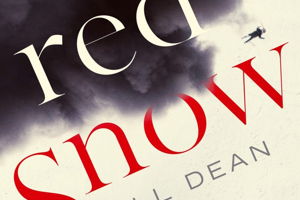