I have a bone to pick with the LGBTI community, and that bone is named "straight passing." You see, a common thing bi people hear is that we're "privileged" because we can "pass as straight." I don't buy this. I don't think that being viewed as "straight" by people, queer and straight, is a privilege. It's invisibility. It's a life of being forced to live in the closet. That, in my opinion, is the opposite of privilege.

It's amazing to me how this phenomenon is called "straight passing" when it comes to bi people, but it's correctly called "being in the closet" when applied to gay men and lesbians. When someone references being in the closet, there's an immediate negative connotation to it. It's seen as a bad thing. You're not usually there because you want to be, and if you are there by "choice," it's because you've deemed the closet as being safer than being out.

For bi people, the latter is usually true. This is especially true for bi women. The numbers for sexual assault, rape, abuse, and stalking are astronomically high for us. For example, a 2010 study by the Centers for Disease Control and Prevention found that a full 61.1% of bisexual women had experienced rape, physical violence, or stalking by an intimate partner. That's 26.1% more than straight women and 17.3% more than lesbian women.

When you use the phrase "straight passing," there's this image of, well, privilege. It makes it sound as if we're purposely pretending to be straight in order to get all the special things straight people get. It makes it sound as if we're somehow ashamed of our bi-ness and trying to run and hide from it. That couldn't be farther from the truth. The invisibility forced upon us from being in the closet and seen as exclusively straight or gay is damaging. Being seen as only straight or gay means that we're grouped in with these groups, and issues directly affecting us are either severely underfunded or completely overlooked.

In addition to all of this, it simply does not make sense to claim "passing as straight" (i.e., being in the closet) is a privilege. I get to live the rest of my life in the closet, never acknowledging my love for or attraction to people of the same gender? That sounds just peachy! Deliberately limiting who I allow myself to express love and attraction to? That's just the greatest.

We need to divorce ourselves from the idea that queer oppression can only be experienced in one particular way. While I may not have to worry about holding my partner's hand in public if they happen to be a man or perceived as a man, I do have to worry about my bisexuality being instantly erased. For the bi non-binary person, they have to worry about being misgendered as either strictly a man or woman so they can be packaged neatly into the gay/straight binary. Once people find out that we don't fit neatly into their little sexuality boxes, things don't tend to go well. 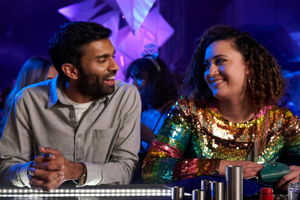 Ask A Bi Dad: Is It Worth Coming Out to Older Relatives?