How did it all start, the erasure of bi people in law and politics, even by the LGBT-rights movement itself? With bis actually comprising more of the LGBT population than gays or lesbians, how did we come to be made so invisible, even within LGBT-rights discourse?

The “how” and the “why” are two separate questions. The “why” is eloquently (although in dense academic language) tackled by Yale Law Professor Kenji Yoshino in his article, The Epistemic Contract of Bisexual Erasure. Yoshino’s article describes in detail the driving forces, both benign and not, of bi erasure. As with many things, it may come down in large part to insecurity: people are threatened by what they don’t understand, and by realities that threaten their rigid paradigms. For example, Yoshino explains, gay and straight people find some comfort in being able to identify sexual orientation on sight: if one sees a same-sex couple, one can safely assume the members of the couple are gay, and if one sees a different-sex couple, one can safely assume the members of the couple are straight. Except that the existence of bi people renders such assumptions not so safe at all, but rather, fundamentally flawed. Which makes both gay and straight people uneasy, for not dissimilar reasons.

As Yoshino and many others have explored over the years, there are other more complex factors at play as well driving bi erasure. But, leaving the “why” aside, the “how” it all plays out is a bit more straightforward (no pun intended). This article gives a brief snapshot of at least some of the history of bi erasure in LGBT-rights political discourse. The next article in this series will give a parallel snapshot of how that bi erasure has evolved in LGBT-rights legal discourse more specifically.

To preface, “gay,” “straight,” and “bi” are all relatively new identities. Since the beginning of time, in every culture, it is likely that people engaged in homosexual or bisexual conduct, without sexual orientation labels being attached to that conduct. For example, Plato’s Symposium can be read, in part, as describing the sexual fluidity of an ancient Greek society in which men often had male lovers in addition to their female wives. But the ancient Greeks didn’t use the ancient Greek equivalent of “gay, straight and bi” identity labels (although the Symposium’s stimulating lover/beloved dichotomy is a binary of another sort). The word “bi” was no more included or erased from discourse in those days than “gay” or “straight” was.

It was only when “homosexual” and “gay” became common labels in modern society that the comparative absence of “bisexual” and “bi” from political discourse became apparent. Rather than the label “homosexuality” applying only those with solely same-sex attractions, those who had both same and other-sex attractions also got swept up in the “homosexual” label rather than being acknowledged as “bisexual.” In other words, “homosexual,” and, eventually, “gay,” evolved as the default labels in political discourse for everyone who engages in same-sex intimacy, whether or not they also have different-sex romantic partners and attractions.

Even Alfred Kinsey’s influential research in the 1940’s–which revealed how fluid sexuality is and how uncommon it is for people to be unwaveringly homosexual or heterosexual–was bi-erasive in terminology even while being positively bi-revolutionary in its impact: Kinsey himself disliked, and did not employ, the term “bisexual” as a label describing bi-sexual orientation.

Bi invisibility and erasure to this day is pervasive in political discourse as well. For example, despite lobbying from bi activists, LGBT-allied legislators and even many LGBT-rights groups still insist on using the titles “Gay Panic Defense Ban” or “Gay and Trans Panic Defense Ban” to describe legislative efforts to ban those who commit violence against LGBT people from defending themselves on the grounds that they were provoked by the victim’s sexual orientation or gender identity. As ten-year old Anthony Avalos would attest, were he still alive to do so, being brutally murdered for being queer is something that happens to bi children too. Although The Advocate, with unfortunately bi-erasing inaccuracy, reported he was killed for coming out as gay after saying he liked boys, the full story is that Anthony was beaten to death, allegedly by his mother’s boyfriend, for coming out as bisexual and saying he liked boys and girls.

Just as Anthony’s bisexuality, the very reason for his brutal murder, was erased by a prominent LGBT media source, so is the broader reality of violence against bi people every time the LGBT-rights movement pushes legislation that includes only gays and trans people in its name, not bi people. It has been, so far fruitlessly, pointed out to those who insist on omitting “bi” from the “gay and trans” titles of such legislation (if not, thankfully, from the bills’ legislative protections) that such bi erasure is both inaccurate and harmful to bi people, who suffer disproportionately high rates of violence and hate crimes compared to even lesbians and gays.

Sadly, the response to the call for bi-inclusivity in naming LGBT-rights legislation has been a collective shrug and half-hearted justification that this is just the way the bills have always been titled (although they haven’t; they’ve evolved from “gay panic” to “gay and trans panic,” so why not evolve a bit more, to “LGBT panic”?).

Change is hard, so it is said. But being excluded by name from protections from hate violence, having our very existence erased by those who are supposed to represent us, is harder. It’s not too late to start being inclusive of the bi community, and, in the process, more accurate about the demographics (and honoring of the lives) of those who are victims of violence because of their sexual orientation or gender identity.

Panic defense ban legislation is just one of many contexts in which bi people have been omitted from the titles of legislation. The good news, and bi people should take this to heart, is that the actual text of these bills does protect against sexual orientation and gender identity discrimination broadly, which applies to bi people and other queerfolk alike. Which just begs the question: if the actual substantive text of laws can be written to be bi-inclusive, why can’t the titles of the legislation as well? It’s not such a big ask.

An even more important policy ask, that has been made over time by members of the bi community, is for bi people to be not just acknowledged, but counted in our own right in research and the collection of data that determines the allocation of resources to communities in need. This, and other bi-aware policy protections for bisexuals that are solely needed, would go a long way toward protecting the bi community, the largest but least politically acknowledged group within the LGBT movement.

To solve the problem of bi erasure in LGBT-right discourse, policy and politics, it will help if more out bi lawmakers are elected to office (such as Congresswoman Kyrsten Sinema, who has a shot at advancing to the U.S. Senate this fall). But it doesn’t seem that bi legislators are going to flood the state capitols or advance to Congress in great numbers any time soon. So in the meantime, we desperately need our own community – the broader LGBT rights movement, LGBT media, and LGBT-friendly legislators – to step up, hear our voice, and say our name. 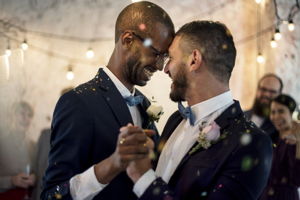 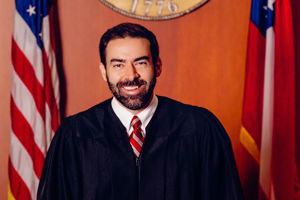 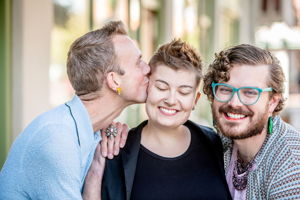