Previously, I've written about how I view my bisexuality as a privilege and a blessing. That despite the myriad of issues we face as bi individuals (health disparities, monosexuals refusing to date us, vicious stereotypes, etc.), I wouldn't trade being bi for anything in the world (including any other sexual orientation).

The thing is, most people have a tendency to see the world in binaries. God knows bi people know this all too well. Bi folks aren't gay or straight, and many of us, in fact, I would argue the vast majority of us, aren't attracted to men and women equally. Also, many bi folks, myself included, are attracted to all genders, so there's no way we could be evenly split, so to speak, between liking men and women.

However, the natural tendency to see the world in binaries is in many ways, evolutionarily adaptive. Millennia ago, it was a matter of safety. When humans were hunters and gatherers, we had to make snap decisions when we encountered predators. If we saw a lion in the wild, we had to think. Lions are dangerous. They can kill people. Now, not all lions kill people. Some are friendly, but we couldn't go into this situation thinking, "While many lions attack humans, not all lions do. Perhaps this one won't." In the time you took to make that decision, the lion could have attacked you.

So instead you make the snap judgment: All lions are dangerous. You then act accordingly, getting yourself away from the predator.

In present-day situations, this type of binary thinking leads to errors. Partly because we don't require the same type of thinking we needed millennia ago, as most of us aren't running into lions in our day to day routine.

And while we still use this cognitive heuristic aka mental shortcut all the time, it becomes problematic when we use it with regards to people's sexual orientation.

This type of cognitive shortcut in decision making is what leads people to forget about us bi folks. Many folks assume when they see a man kiss another man on the street, that both men in the couple are gay. Needless to say, these men may in fact be bi. However, our brains have been taught to make a snap judgment. Because of this, we think, men who kiss men are gay. Instead of thinking, while some who kiss men are gay, many are bisexual.

I'll be completely honest with you, before coming out as bi, I would have never, ever thought that a man holding hands with another man on the street was anything other than gay. Frankly, it wouldn't have occurred to me. If someone suggested that someone in the couple was bi, I probably would have scoffed, replying, "Alright, but like, he's probably gay,".

My response now is very different. I'm always the first one to be like, "Well they may actually be bi," This drives some of my friends completely nuts, probably because they know I'm right.

Only since coming out as bi have I realized the human tendency to think in binaries when it's inappropriate to do so. This is because so many people attempt to put my sexuality into a black and white, gay/straight binary when it doesn't neatly fit into either of the two boxes.

Consequently, I now see the world in shades of gray. I do my best not to assume based on stereotypes or make snap judgments about a person's identity or character. I attempt to look at all the possible outcomes of a situation instead of only looking for the most likely one.

I do this because I know that when I make out with a guy on the street, I'm still not gay. I'm able to extrapolate this, knowing that in many situations, what may seem like a simple black and white scenario, actually is not.

Being bi, I have a better understanding of liminality. This has positively changed how I approach my relationships with others and view the world. For that, I again feel privileged and grateful to be bi. 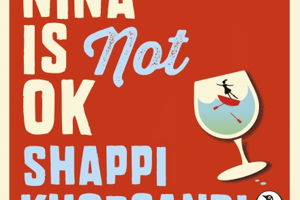