I have a question for you!

I am considering settling down and having kids soon, and I’m curious when do you think it is appropriate (if ever) to tell them about your sexuality? Obviously, I want to let my kids know at some point I will accept them however they identify (so they don’t have to worry about it if it’s ever an issue), but should I let them know their dad is bi? At what age do you think that’s appropriate? I want them to know early enough to where they don’t feel like they didn’t know their dad this whole time, but not too early where it’s like I’m making a big deal out of my sexuality.

Telling your kids that you are bi is something we don’t talk about enough. It’s also an issue unique to bisexuality, where your own kids would perceive your opposite-sex relationship as meaning you’re both straight.

For me, the distinction is about not hiding it. If you actively hide it, it becomes something that is stigmatised, something that eventually needs to be unpacked when the truth comes out.

In my case, I have pictures on the wall of me at prides as well as some awards and bits and bi bobs I’ve accumulated over the years spread around the house. When my daughter is old enough to ask about them — I’ll tell her the truth. I don’t foresee this as a sit-down "dad has something to tell you" moment. I actually see it more along the lines of if she asked what I did for work.

That said, coming out to kids isn’t always straightforward. When I decided I wanted to come out to my stepson (who I’d known for a year and was eight at the time), I did have to give it some thought. It wasn’t so much that I worried he would reject me; it was more that I worried if he talked about it at school, it might make him a target for bullies. In the end, my stepson ended up asking me directly if I was bi — so clearly, kids are ten steps ahead of us anyway.

One great thing about your situation is that you know you’re bi going into it, rather than discovering your bisexuality whilst being a parent. Kids want stability. All your children will really care about is if your bisexuality means their life has to change, which it doesn’t. It's simply that they know an extra fact about you.

Good luck with it all!

What advice would you give to this reader? Give us your take in the comments below.

Bisexual people often have few other bi people to turn to for support or to ask questions. This means we often can’t build on the experience of other bi people and improve things for the next generation. Ask a Bi Dad is aimed at tackling this.

Lewis Oakley is one of the leading bi advocates and writers, campaigning to improve the public’s perception of bisexuality. Recognised by the Pride Power List 2021 and with various award nominations under his belt, Lewis has been successful in making bisexuality national news.

Lewis knows more than most how lonely being bisexual can feel, particularly in those early years. Now, confident in himself, his relationship, and a dad of two, Lewis recognises how rare and lucky he is. This is why he wants to help where he can by answering the questions of bi people from all around the world.

If you have a question that you would like a perspective on, email at [email protected]

*Lewis is not a licenced therapist, and the advice offered in this column is not intended to replace or substitute for any professional advice. If you have specific concerns or a situation in which you require professional, psychological, or medical help, you should consult with an appropriately trained and qualified specialist.

Ask A Bi Dad: Am I Too Privileged to Identify as Bisexual?

Ask A Bi Dad: The Man I'm Dating Just Came Out to Me

Prepping for the Holidays — Queerly, of Course 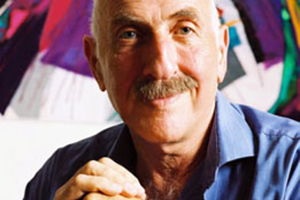